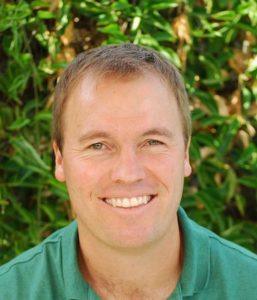 Dr. JR Chidley grew up in a military family living in many different locations throughout his childhood (Japan, Hawaii, Spain, and California). After graduating from Riverside Poly High School in Southern California, he attended University of Iowa for his undergraduate studies. While at University of Iowa, he was a Division 1 scholarship tennis player, graduating with a Bachelor of Science degree in 2001. He then attended Creighton University School of Dentistry from 2002-2006.

After graduating from dental school, Dr. Chidley became a commissioned dental officer in the United States Air Force. He completed an Advanced Education in General Dentistry residency at Shepphard AFB, Texas.  Dr. Chidley served as an Air Force dentist for three years, completing his military service with the rank of captain.

In 2009, Dr. JR Chidley moved back to his hometown of Riverside, California where he joined his father’s dental practice. Dr. Chidley has worked alongside his father at Chidley Dentistry ever since.  In 2015 he completed a dental implant fellowship at the Great Lakes Implant Institute in St. Paul, Minnesota. Outside of work, he enjoys spending time with his wife, Sarah, their son, Clay, and their daughter, Helen.

Dr. Craig Chidley was born and raised in Casper, Wyoming. After high school, he attended Creighton University in Omaha, Nebraska for both his undergraduate studies and dental school.

Upon graduating from Creighton University School of Dentistry in 1977, he was commissioned as an Air Force dental officer. Dr. Chidley served as a dentist in the United States Air Force for twenty years, retiring as a Lt Col (last duty station was March AFB in Riverside, California).

After retiring from the Air Force, he and his wife Brenda started Chidley Dentistry in 2003. Dr. Chidley has been proudly serving the Riverside community since that time.  On his free time, Dr. Chidley likes to spend time with his family, especially his four grandchildren. He also has a great passion for sculpting, jogging, and tennis.

Patient Testimonials
Contact us if you would like to schedule an appointment. We accept most PPO insurance plans.
Get In Touch
Copyright Chidley Dentistry - All Rights Reserved